Close
LIFE ON BOARD

Exquisite Royal Cuisine at the Can Chanh Royal Restaurant and Lounge 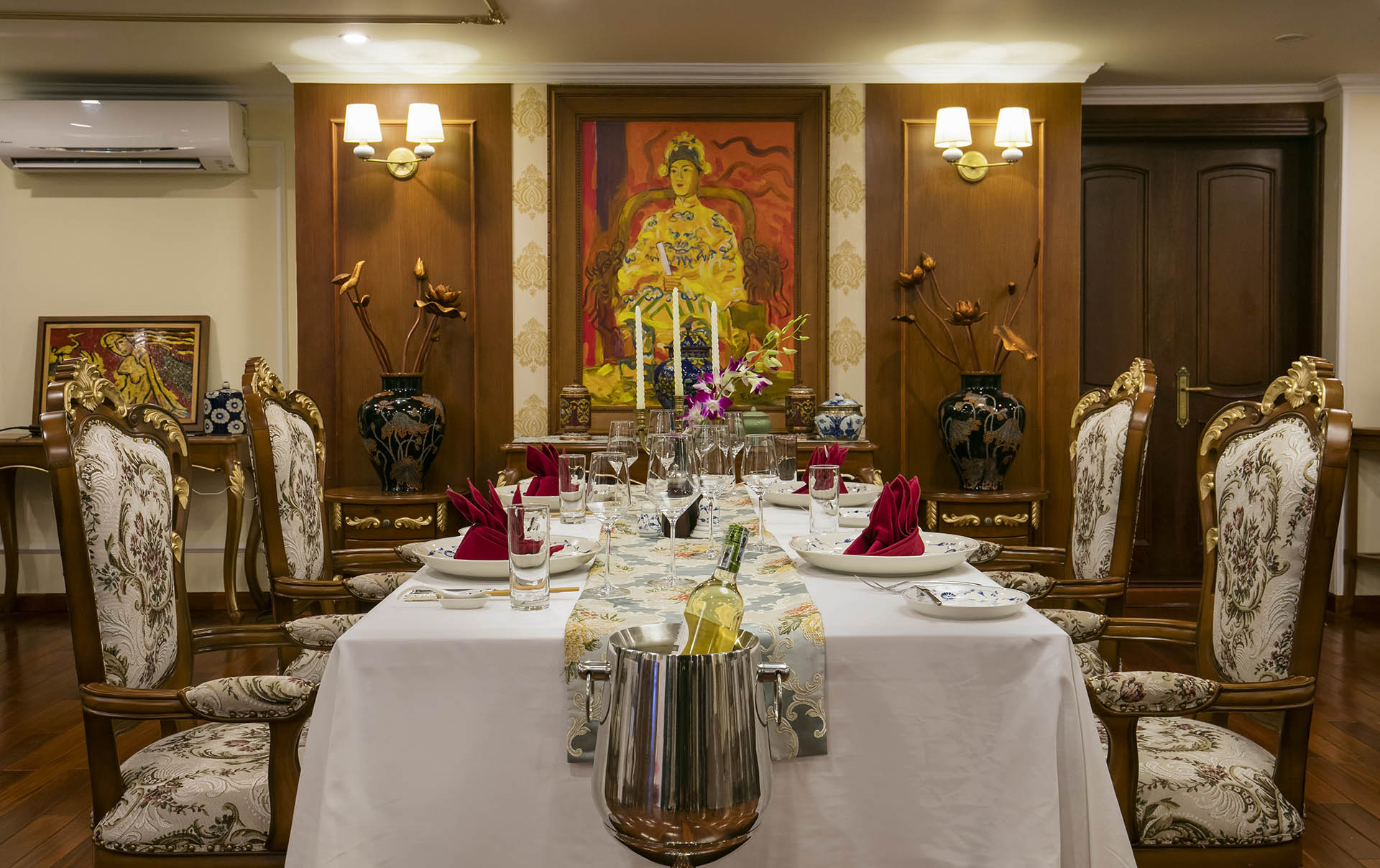 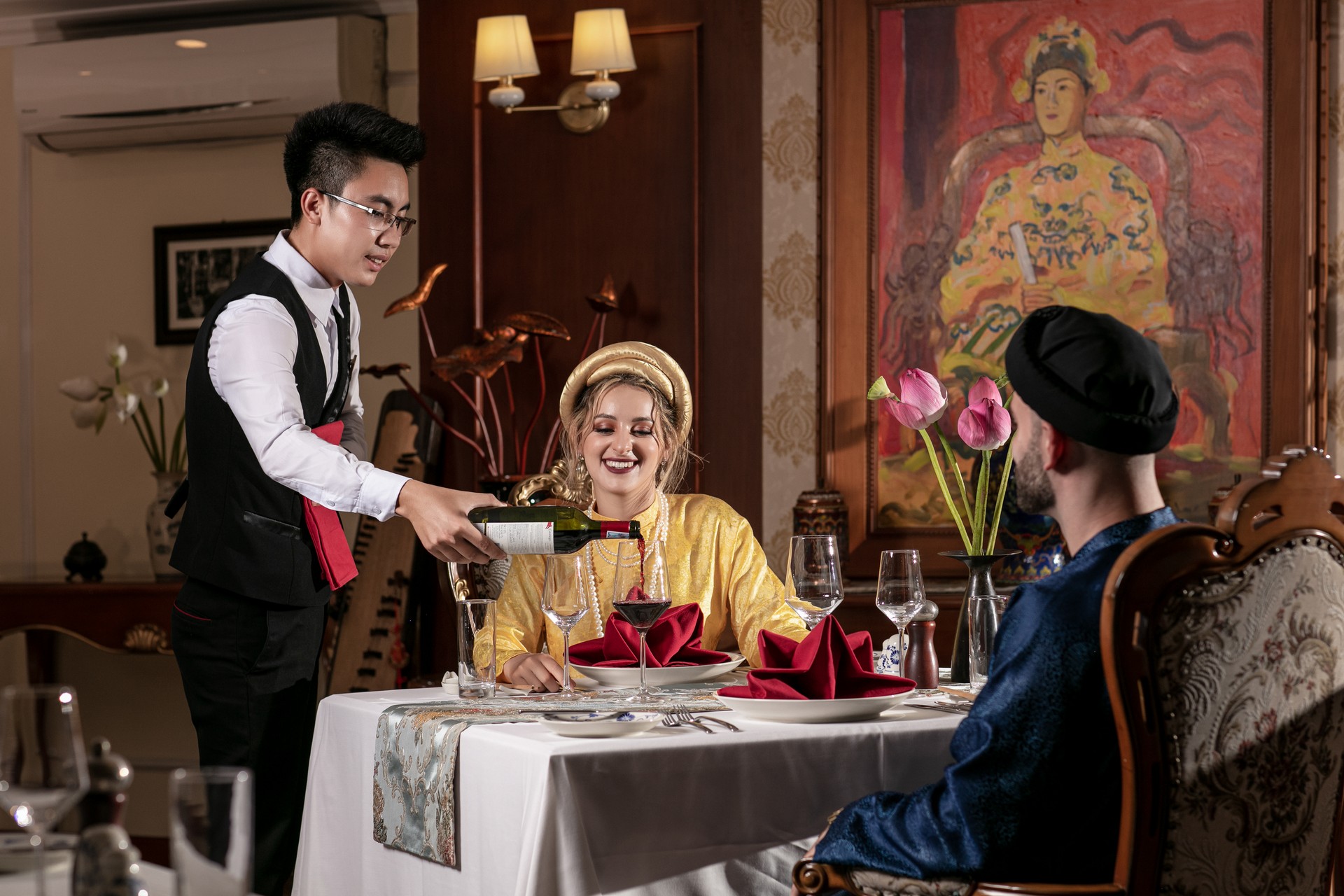 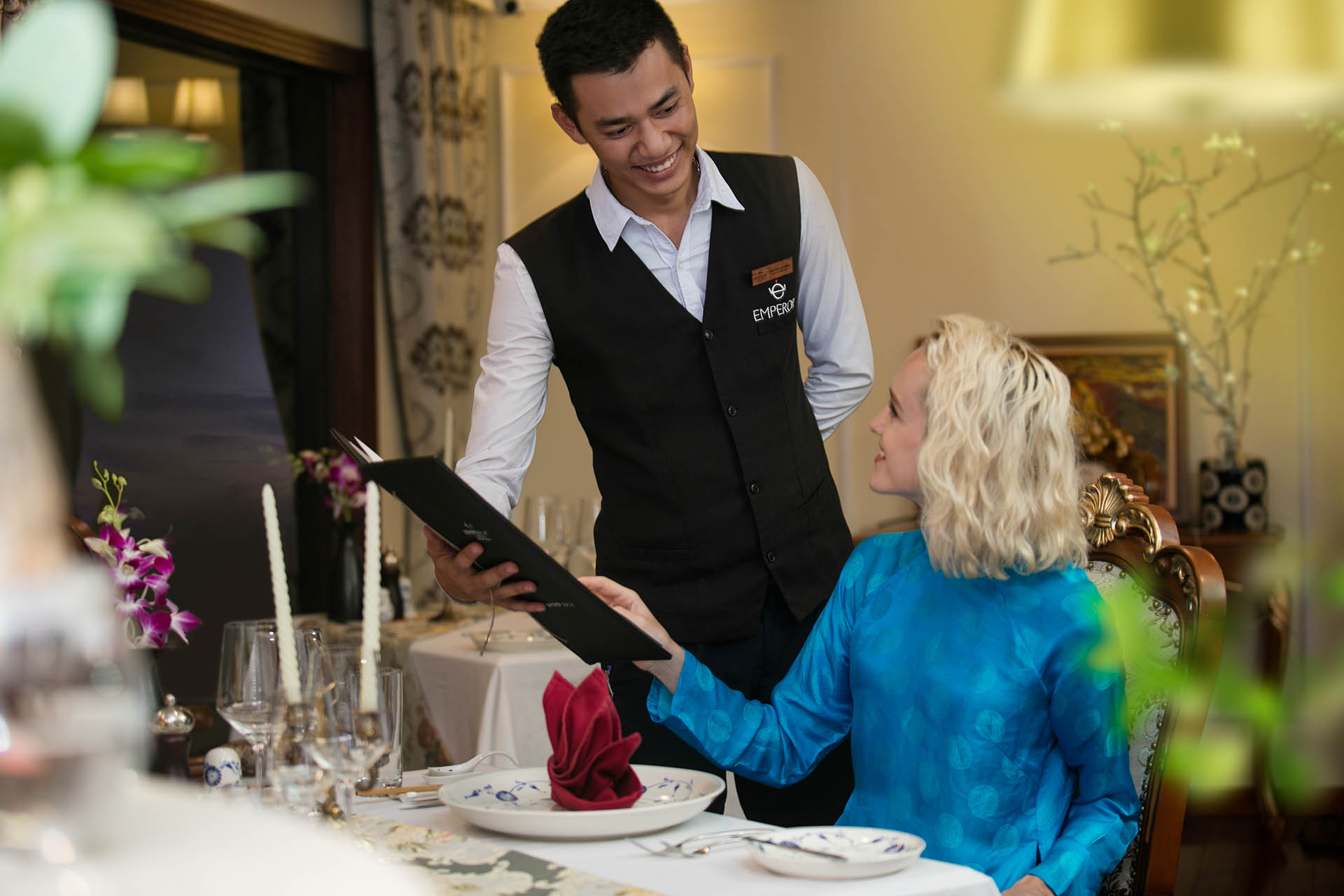 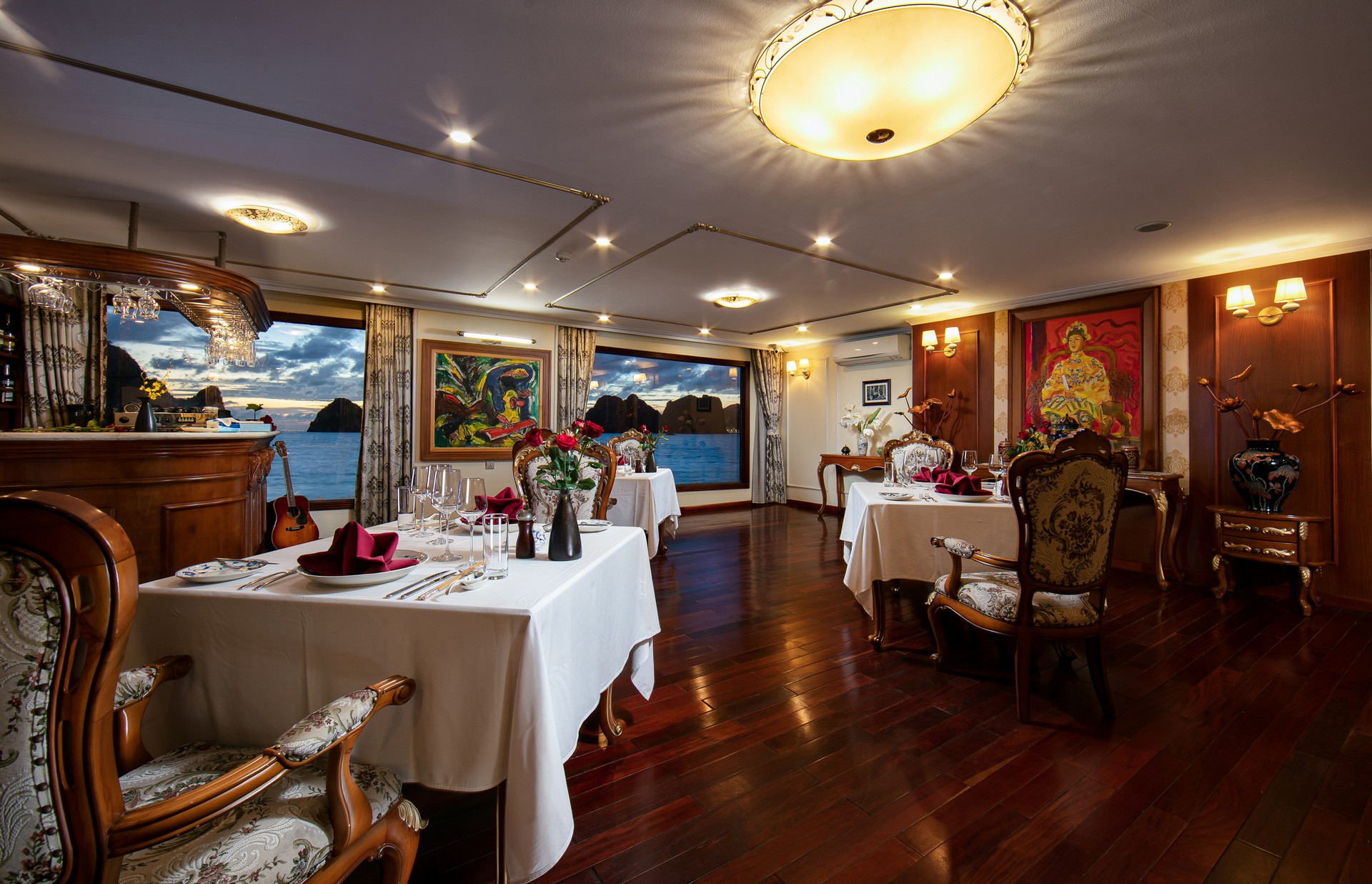 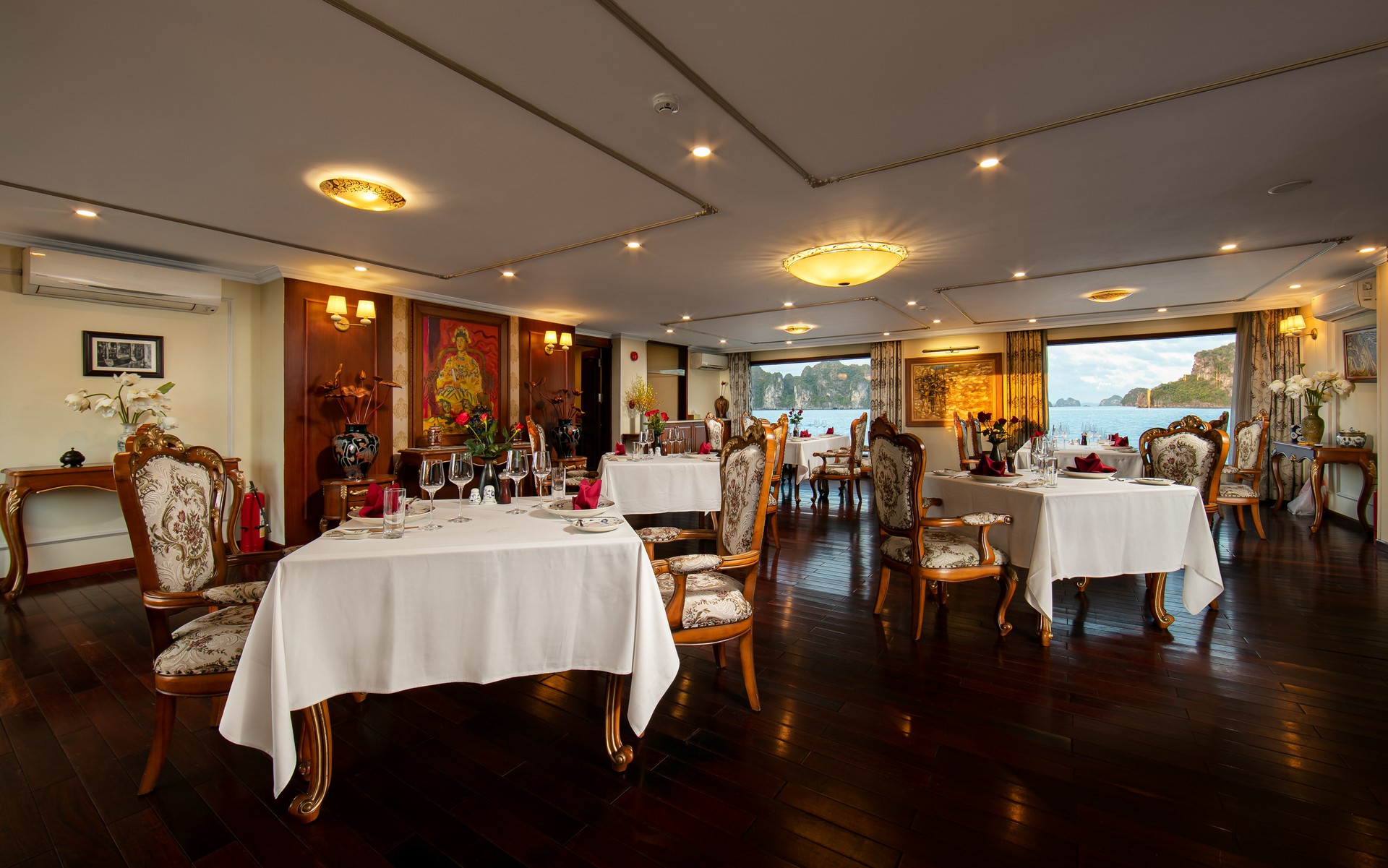 Named after the Can Chanh Palace (Cần Chánh Điện), at the very centre of the Imperial Enclosure, the once magnificent Forbidden Purple City in Hue where Emperor Bao Dai was crowned. Decorated with magnificent paintings, antique objects, Chinese ceramic and pottery and home to the most powerful royal seal, the Cần Chánh Điện was where the emperor received foreign delegations and ambassadors, held royal family parties, and celebrated national days and Nguyen Dynasty affairs of state right up until 1945.

This was a citadel within a citadel and was reserved solely for the personal use of the emperor – the only servants allowed into this compound were eunuchs who would pose no threat to the royal concubines. Cần Chánh Điện was also where emperors conducted royal ceremonies on the 5th, 10th, 20th, and 25th of the month according to the lunar calendar.

The ‘Can Chanh Dien’ main palace is one of the earliest palaces in the ‘Can Thanh Cung’ residence, constructed in 1804 during the reign of Gia Long, as the ‘Thuong Trieu Chinh Dien’ main working hall for the emperors and their cabinet during the Nguyen Dynasty (1802-1945). It played an important role in politics, and expressed the power of the feudal kingdom during that period. During the Indochina War (1945-1954) it was destroyed by fire in 1947, and only the foundations remained plus traces of a number of pieces of stonework.

Emperor Bao Dai was greatly influenced by French civilization; he studied and grew up in France, and only returned to Vietnam when he succeeded to the throne and where he lived most of his life under the protectorate of the French. In addition, he lived the opulent lifestyle of the upper-class French.

His style, where East meets West, epitomized the influence of the French where there is luxury in simplicity and this has inspired the architecture of Emperor Cruises. We have named the restaurant and lounge Can Chanh Palace Royal Restaurant and it is located on the left-hand side of the main deck close to where guests board. Here they are welcomed by our hospitable crew with a welcome salangane drink.

With such an inspired name, Can Chanh has been designed with a royal atmosphere for both the lounge and restaurant. Works of art commissioned from well-known Vietnamese artists adorn the walls. Painted exclusively for Emperor Cruises by the famous painter Pham Luc, one of his masterpieces shows Emperor Bao Dai giving a grand imperial audience. It has taken time to complete and is displayed exclusively on board for the pleasure of Emperor Cruises’ passengers.

Can Chanh is at the heart of the Emperor Cruises boat, a place for the most sophisticated travelers to enjoy Vietnamese culture, history and gourmet cuisine, and where royal glamour and heritage combine to create the epitome of elegance.

The spacious and relaxing lounge has comfortable, elegant furniture inspired by an original 1930 design, ideal for taking in the breathtaking views. While dining in style in the Can Chanh Palace Royal Restaurant, you will be able to observe the preparation of the food in the restaurant’s open kitchen.

Emperor Cruises has crafted a fine Vietnamese culinary experience for the most discerning of palettes to ensure every guests’ dining experience exceeds their expectations at the Can Chanh Palace Royal Restaurant. The restaurant’s cuisine is always freshly prepared using the finest local ingredients to prepare royal dishes once reserved only for the royal family.

Each overnight trip includes lunch, dinner, and brunch. Guests can enjoy their dining experiences in their suite, on the sundeck, wine cellar or anywhere they like, at any time.

With every meal on board, guests are treated to a fine selection of complimentary local beers, spirits, and distinctive wines chosen by our acclaimed sommeliers. It is all included. Enjoy your dining experience in such a special place, with special people and special moments!

We aspire to bring our Royal Class experience into your life